skip to main | skip to sidebar

.....“pharmacological castration” would be an essential component in managing serial rapist Noel Joshua McCallum’s risk if he were to be released into the community.

“I don’t think anything other than pharmacological castration would work to protect the public,” Dr. John Bradford, an internationally recognized expert in forensic psychiatry and sexual deviance, told the court.

He was initially convicted in 2000 of sexual assault causing bodily harm following the brutal rape, two years earlier, of a 55-year-old woman in a downtown Kingston alley. It was the Saskatchewan man’s fourth conviction for aggravated sexual assault and his third attack on an older woman.

At the time he committed the Kingston crime, McCallum was 34 and had only been out of prison for nine months. He had served every day of the nine-year sentence that was imposed upon him in 1988 – when he was 23 – for two brutal sexual assaults in Saskatchewan involving a 55-year-old widow and a 47-year-old woman with cerebral palsy. The crimes were committed only three months apart.

The first attack occurred two months after McCallum’s early release from penitentiary in Saskatchewan, in which he had been sentenced to 4½ years in 1984 for the rape and savage beating of a 15-year-old girl.


The pitfall of chemical castration .... it requires compliance.

McCallum “has a condition that is a lifelong condition, that is going to need lifelong followup.”

That’s important, Bradford suggested, because McCallum would have to consent to take the anti-androgens, hormonal agents or serotonin-reuptake inhibitors that he believes would be the most effective therapy in curbing McCallum’s sexually sadistic impulses.

Lifelong ... that's the key. This orientation (or sickness) is as much a part of these sickos as your orientation. I've said it before, but it bears repeating ...

I ain't battin' for the other team anytime soon.

Four is just about enough victims, dontchya think ?
Posted by Mike at 1:12 p.m.

Lock the guy up and throw away the key. This guy does not deserve to be free.....

We don't have the gonads to do that, either ... 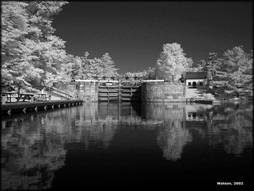